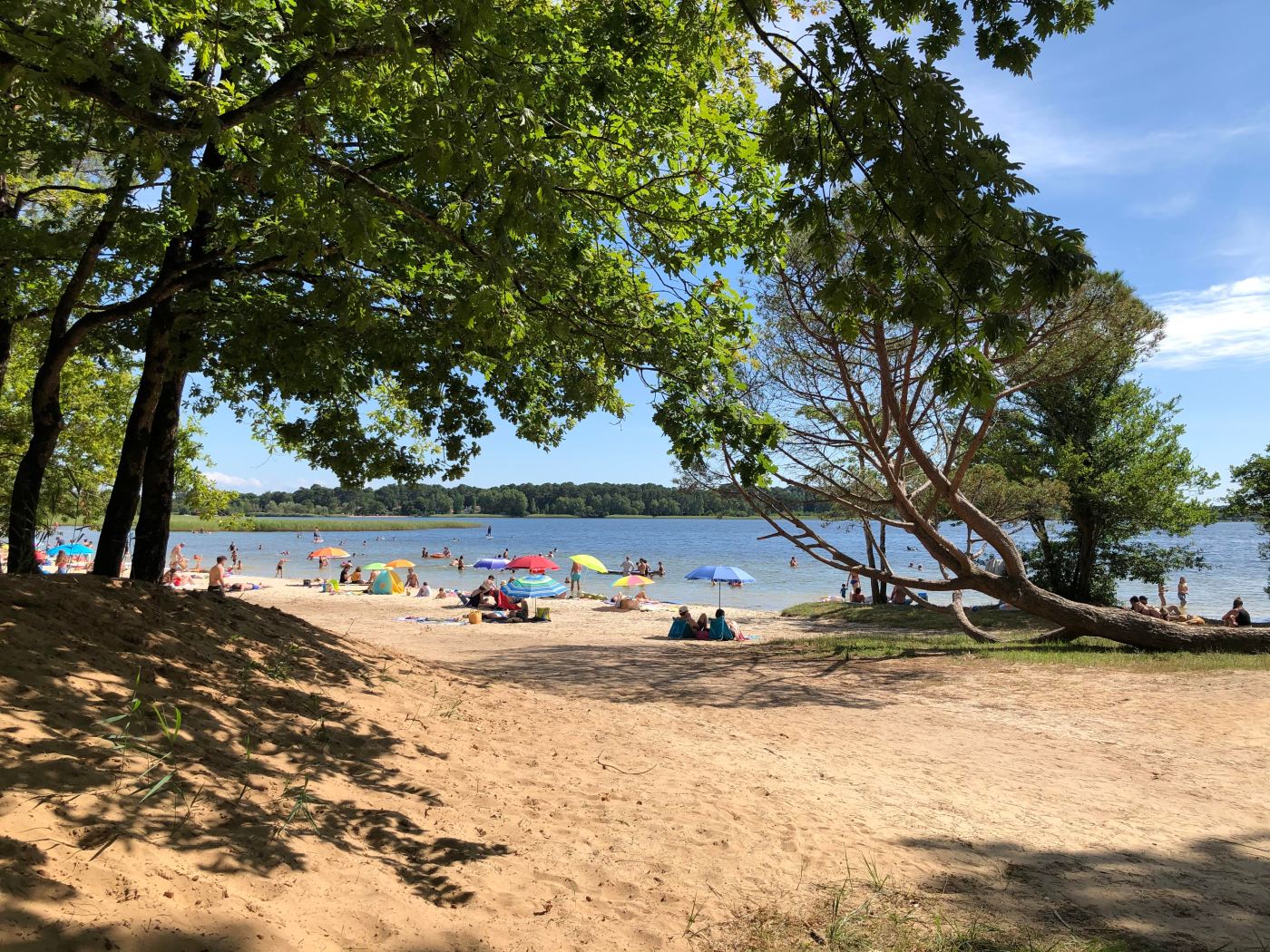 How to Get There :

This is a vast expanse of land, so a car is recommended.

There is an airport in Dax, or you could drive down from Bordeaux.

The main train stations would be Dax and Mont-de-Marsan.

One of the least understood and visited areas of the Aquitaine region might be the Landes, huge expanses of pine have created the largest man made forest in Europe. It is the second biggest department with the least inhabitants. Equally rich folklore add to the mystery of this misunderstood land. With it’s beautiful beaches in the West and Armagnac producers in the East, lakes and nature reserves dotting the land just after the coast and into the wild, pastural land more center, the Landes really has an incredible variation of natural space.

Historically, it was sheep farmers that filled the land. Known for walking on stilts to keep an eye on their flock, the farmers became a sort of oddity that people like Napoleon III would ask to dance for his pleasure. As pine trees began to be planted, they turned to collecting the sap in pottery cups on the sides of the bleeding trees as resin farmers. These men, wearing barret and sheep fur can be seen in Bazas during festivals, still dancing on their stilts (or echasses).

While most everyone will speak French these days, only one generation ago many people spoke the regional dialect, Gascon.

In land, by Captieux, there is the small Lac de Taste for swimming or paddle boarding in the summer months.

Almost every great beach town, has a great lake to swim in nearby as well! Lac de Biscarrosse and Sanguinet with their sandy beaches and warm water, perfect for small children, might be my favorite. Check out Slow Village at Biscarrosse Lac for some nice camping to stay or the five-star camping at Sanguinet, which is also a good place to grab lunch if you are simply enjoying the nearby sandy beach for the day.

Being coastal, large Ocean beaches are also plentiful. Biscarrosse Plage is a newer, summer town popular with surfers has a rather large dune that leads to a long, sandy beach. The best options for staying are home rentals or camping, street parking is relatively easy to find, there are lifeguards and the restaurant scene is pretty decent with fun places like Surf Palace.

Further South is Mimizan Plage (also has a lake nearby), a more updated and maintained version of Biscarrosse Plage we started to prefer because it is also generally less crowded. Great selection of restaurants from wine bars to basque cuisine. Don’t miss buying one of the sweet posters by local artist collective Loopita 🙂

Hossegor and its large beaches are probably the most expensive to rent at and many Parisians have their summer homes there. Also great for surfing and families.

More inland, are plenty of ghost towns, like Estampon, but the most historically significant might be the ghost town of Solferino (named after the campaign in Italy) which was created by Napoleon III who loved the Landes and was thankful for the help of the locals during the fight (the fight is also where the Red Cross was created). While many buildings are in ruin, it is interesting to look at the mid 19th century architecture and the last time we drove through we saw deer and pheasants. Napoleon III is given much credit for the creation of the Landes forest with the planting of millions of pines, however that fact is debated hotly by locals who argue the pine forest had already been started well before by the people living in the area.

Labastide d’Armagnac is the quintessential medieval village, designed by Henri II to imitate the look of Places des Vosges in Paris. The rectangular square surrounded by arcades certainly gives the impression, if not clearly much smaller and more modest. During off season it can be a bit quiet, but it’s worth a stop regardless to admire the timbered homes and try some bas-Armagnac in the local caviste or a nearby producer. If you want to learn more about the making of bas-Armagnac, take a 15 minute drive to Chateau de Ravignan. The tour of the incredible home, walk through the manicured grounds and degustation in their chai is a great afternoon. Weekend visits in the afternoons but hours vary, call in advance / 40190 Perquie / +33 (0)6 24 58 42 59 / https://armagnac-ravignan.com / contact@armagnac-ravignan.com

One of our favorite places to go with the kids is in the Landes forest near Sabres, the Ecomusee de Marqueze, which is centered around the life of those who used to live in the Landes during the turn of the 20th century. The start of the visit takes place on an old train that passes through the pines into a small village (your kids will love this). There is a map to help guide you, but feel free to go at your own pace and in any direction.  You’ll learn about ‘resiniers‘, people who cut the sides of pines to collect sap (gammage). Shepherds (bergers) who walk on stilts (tchangues are echasses in gascon) will be near their flock, as live animals are wondering and accessible for children to touch and learn from. Authentic costumes and homes with descriptions of daily life are scattered over hectors of land. There is a snack bar at the train station, which serves more modern fare, and a small ‘restaurant’ with a plate of different charcuterie, cheese and salad, but there is also space for a picnic if you should want to bring your own food. One thing you will want to buy is a freshly made Pastis Landais from the wood fired oven.

Expect to spend hours as your children explore everything from the witches house to working water powered flour mill. Open Wednesday afternoons and Weekends in season, find train times here. Guided tours are offered. Trains run only at certain times, in and out of Sabres into the Ecomusee, so best to check for times before making the drive. Bring sunblock, handwipes, hats and water / Ecomusee de Marqueze / Route de la Gare, 40630 Sabres / https://www.marqueze.fr/ +33 5 24 73 37 40 /

The Contemporary Art Forest in the Landes de Gascogne Regional Nature Park has pieces of large artwork scattered through out the area, from Saint-Symphorian to Captieux (amongst others).

The jeweler ‘La Petite Tribu‘ is based in the Landes, with shops in Hossegor, Biarritz and Saint Jean de Luz.

One of the countries most acclaimed chefs is from the Landes, Chef Helene Darroze, who grew up in a family of restauranteurs from the capital of the Landes region, Mont-de-Marsan. Her personal restaurants are in Paris. One, Marsan, named after the area she is from. Her extended family owns restaurants in Langon, Gironde as well (Darroze).

Another well known female chef from the Landes is Maite, who was a television sensation back in the 1980s and finally opened a restaurant in her home town of Rion-des-Landes. She has a cookbook, ‘La Cuisine des Mousquetaires‘ which has recipes for all sorts of local dishes.

If you are in the area, it will be easy to come upon duck in all it’s forms. The food from the Landes is hearty food, seasonal and often enjoyed with an Armagnac. A Landaise salad will have duck hearts, giziers, foie gras and probably cured duck breast, a few leaves of salad and walnuts.

Lovely white asparagus is also grown extensively in the Landes in spring along with strawberries. Large, free-range poultry farms are scattered around as well – with everything from turkey to quails, and of course chickens.

If you have a sweet tooth, don’t miss the pastis landais, which can be found at the Ecomusee Marquez cooked over a wood oven and other local bakeries. The puits d’amour from Captieux (ok, not in Landes but close!) since 1952 (although recipes for puits d’amour have circulated since the 18th century), with their light pastry base and chiboust with burnt sugar top…like a creme brulee made from sugared air. Or maybe treat yourself to any mannor of Dacquoise cake, which is named after the inhabitants of Dax (another large city in the Landes). This delectable dessert is made of layers of nut meringue disks and alternating buttercream.

This is a great area to go with children, so families will probably enjoy an Airbnb more than a hotel (this is what we do). We live close by so I cannot give you first hand experience in hotels. However, if I were to stay somewhere these are the place I would choose :

Family style – Biscarosse Lake camping at Slow Village is an environmentally responsible camping environement for families with really charming cabins for 4 people and up / Prices off-season can start as low as 300 EURO a week / 7141 Route des Lacs, 40600 Biscarosse / +33 (0)5 45 91 13 65 / https://www.slow-village.fr/biscarrosse-lac/camping-ecologique-landes/

Luxury – Les Pres d’Eugenie-Maison Guerard makes me want to take a stay-cation now! This luxury hotel is located in Eugenie les Bains which is a Thermal Spa town, created in the mid-19th century which was named after the wife of Napoleon III who frequented Biarritz. Rooms start at 250 EURO a night, and grounds include pool, golf, tennis, ***Michelin Restaurant Michel Guerard, and restaurant La Ferme Aux Grives / 40320 Eugènie les Bains / +33 (0)5 58 05 06 07 / https://lespresdeugenie.com/

If you want to read more about the Landes, check out these books and blog links :

https://www.quefairelandes.com/ is a website but they also have a really awesome Facebook page with great images and fun Landes facts daily!

Les Mysteres des Landes is a book in French with plenty of antidotes on the area https://livre.fnac.com/a6669740/P-CHAVOT-Mysteres-des-landes-les

https://www.reverdailleurs.com/category/france/landes has some great articles on different areas, mostly coastal, and where to stay! 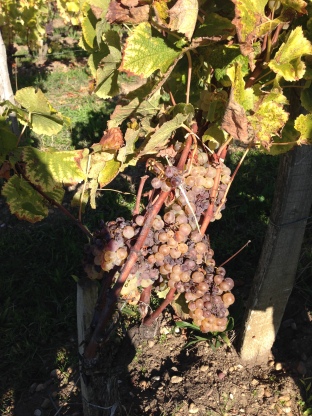