These are some cheese (non-exhaustive list) from the SW of France with basic information and where you can see the farm production of each cheese. Check out each AOP (Product Designation of Origin) Route des Fromages, as they will have a drivable route with plenty of relevant places to visit in each area. Please call all farms in advance if you would like to make a visit and be sure to tag us on Instagram @aquitainetravelguide when you go!

Most cheese in France are made from the milk of either a cow, sheep or goat and a rennet will be used to make the curds, which are then pressed into a form and aged for varied lengths of time. The type of animal and what it is feeding on during lactation will change the flavor. Some will have salt washes, some salt rubs…some will be wrapped in linen and others to air dry. All of these different methods (and more) will add the to the unique flavor and texture of the product.

Rennet – the curdled milk from the stomach of a baby cow, the byproduct of veal production, used in the cheese making process to make the curds

Artichoke Thistle (cardoon) – used often in the Mediterranean, one of the many vegetarian options, also less expensive options, available to curdle milk in cheese production

Fermier (artisanal) – farmhouse cheese, made with raw milk from cows on the farm (small production)

Laitier – commercialized, large production of pasteurized cheeses / many cheeses will have a pasteurized version for international sale

CHEESES : Locally to Bordeaux, we have small goats cheese producers like Cheverie Dunie in Gajac which makes lovely fresh and aged using vegetarian rennet or La Ferme du Pre Chic in Prechac which makes really young, fresh cheese and goat milk soap. The delicious Tomme de Bazas, from pasteurized cows milk, is actually made closer to the Pyrenees (not in Bazas). Please feel free to share your local favorites below!

Saint Nectaire – cows milk, AOC since 1955, curds the size of corn are placed into a round inox mold for an hour, salted on both sides, wrapped in damp linen and returned to the inox molds. They are stored in 8C-10C for a week before being taken to the aging room (cave d’affinage). Should have a semi-soft rind and soft interior. Visits to a local farm Ferme GAEC de l’Oiseau can be made here or GAEC de la Ferme du Clos here.

Bleu d’Avergne – cows milk, AOC since 1975, first made in 1854 by a roquefort cheese maker, has the blue mold Penicillium roqueforti but a creamier taste to Roquefort. Outside and inside should be crumbly. Aged over sixty days. Visits at La Grange de la Haute Vallee can be made here, which also offer other local AOC cheeses like Cantal and Salers.

Cantal – cows milk, AOC since 1956, one of the oldest cheeses in France and mentioned since Gallo-Romain times. The larger curds are salted en masse and pressed twice then aged from 30 days up to eight months. Exterior should be hard and the interior crumbly in more aged versions. For visits.

Salers – cows cheese, AOC since 1961, and fermier produced from spring to autumn. ‘Tradition Salers‘ is made from hand-milked, Salers cows. At least 300 liters of milk is used for each round of cheese, which is aged around nine months or more. As with other SW cheeses, Henri de La Ferté-Senneterre is a local from Auvergne famous for serving Salers to Louis XIV and finally giving them notoriety even though it has been produced for thousands of years. For visits.

Rocamadour – goat milk, AOC since 1996, familiar small round of cheese that is aged for 12-15 days. Should be white and soft on the inside. Named after the Lot Valley mountaintop village area where it is produced, Rocamadour (also worth a visit). Tours at one of the 90 farms can be made here.

Ossau Iraty – sheep milk, AOC since 1980, traditional cheese of Bearne and Pays Basque. Made during the late Spring and early Autumn months, 5-6 Liters of milk make one kilo of cheese. They are aged from 2 1/2 months up to even 12 months. The Pays Basque age in dry caves while the Bearne cheeses are in a more moist environment, even wrapped in moist cloth, which explains the difference in taste and look of the Ossau Iraty varieties. For visits, you can stop by Farm Gaec Hobiague here.

Explore the whole Pays Basque area which includes the production of the tiny pepper piment espellette, which was used as a black pepper alternative in the region, Bayonne with it’s important chocolate history, and the land of a very cute and small variety of horse, Pottoka.

Another cheese in this area, Kukuklu, is a goat cheese and you can do a self guided tour at the farm La Ferme Kukulu here.

Laguiole – cow milk, AOC since 1961, takes its name from the same little town also famous for their knives, Laguiole. Considered to have a nutty/acidic flavor, from the Simmental or Aubrac cows milk only, aged six to 12 months and should have firm crust with a firm yet creamy center. This is used to make the famous ‘aligot‘ potatoes – a rich dish of cream, potato, butter and cheese. Visits at the Ferme des Claudels can be made here.

Roquefort – sheep milk, AOC since 1925, 4.5 liters makes a 1 kilo of cheese. Named for the region it is produced, Charles the IV in 1411 grated the locals of Roquefort-sur-Soulzon the sole producers of the cheese. The mold, Penicillium roqueforti, is found inside the natural limestone caves where they are aged. Fromagerie Papillon is one of my favorite cheeses, visit the cellar here.

Fourne d’Ambert – cows milk, AOC since 1972, uses the same mold as Roquefort. Generally made with pasteurized milk, there is a small artisanal production which has started. La Ferme des Supeyres makes unpasteurized cheese and you can buy directly from them here. They are also included on the Route des Fromages AOP Auvergne. 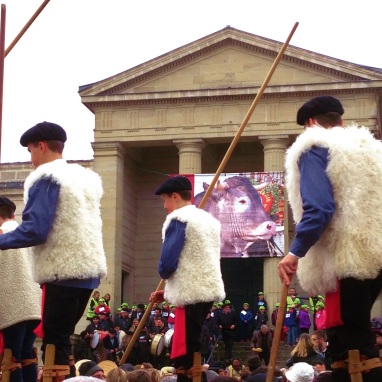 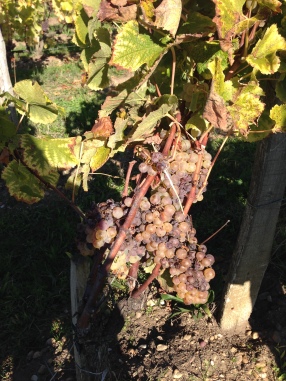 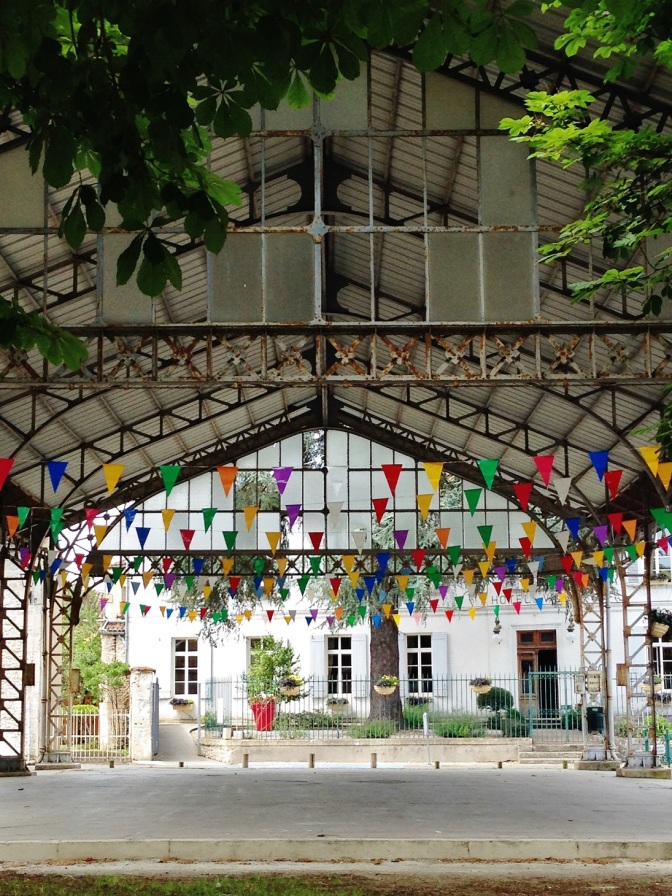